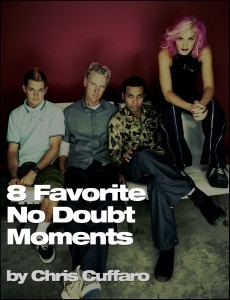 My first shoot with No Doubt was way back on November 10th, 1991 for Interscope Records.  I was lucky to shoot them a few times after that first shoot.  Also shot Gwen solo for fun.  Here’s my 10 favorite moments with Gwen Stefani and No Doubt…