10 Favorite Lead Singers of a Band 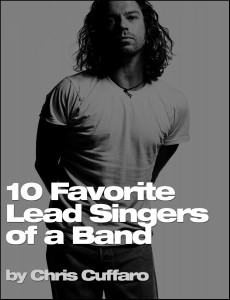 I wanna be clear on this one.  This list about the lead singer of a band.  NOT just a singer who fronts his own band.  Lead singers are more than a voice.  They have to have a stage presence and a voice!  These are my 10 favorites…